Somalia’s rebel group, al-Shabab, has refuted claims by Kenya that more than 100 of its militants were killed after a raid on its hideouts. Al-Shabab stated that the Kenyan government was trying to mask its failure to protect its citizens after an attack on a bus in the town of Mandera left 28 passengers dead. Kenya has often accused al-Shahab for the series of attacks on its territory including the September 2013 Westgate shopping mall attack in Nairobi which killed 77 people. 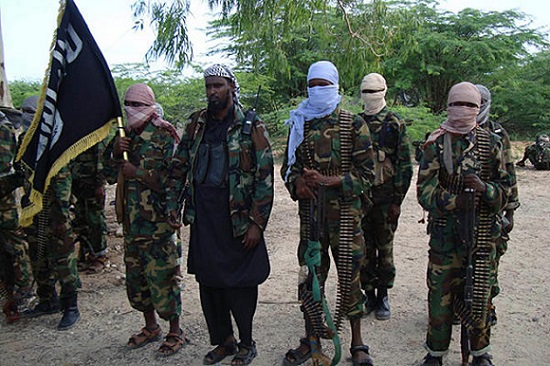 Deputy President William Ruto stated that Kenyan forces responded with “two successful operations in the hideouts of the perpetrators of Mandera executions” across the border with Somalia and left “more than a hundred fatalities.”

The Somalia based rebel group was quick to deny such an achievement by the Kenyan military. Its military operations spokesman, Abdi Aziz Abu Mus’ab, said Kenya’s claim was “absurd” because “our mujahedeen are safe and didn’t face any attack whatsoever after the successful operation they carried out by the grace of Allah.” He has vowed that the group will carry out more attacks as Christmas draws closer.

Mandera’s governor, Ali Ibrahim Roba, is outraged with the reaction of the security forces under his jurisdiction. He lamented on twitter that “the county security team has downplayed the increased threats of terror in Mandera town and along the border. We always react after events.” Governor Roba survived an assassination attempt in October.

Spokesman Mus’ab said that they are fighting for the Muslims that are being oppressed by the Kenyan regime. That was the reason why they separated Muslims from non-Muslims when they hijacked the bus on Saturday with 60 passengers onboard. The non-Muslims were then executed by the gunmen before sneaking back into Somalia.