Prominent law professors, legal counsels and finance experts from Europe, the United States, Asia and Africa are taking part in the first edition of the “Casablanca Arbitration Days” which opened Friday in Morocco’s economic capital with keynote speeches by top government officials and business leaders. 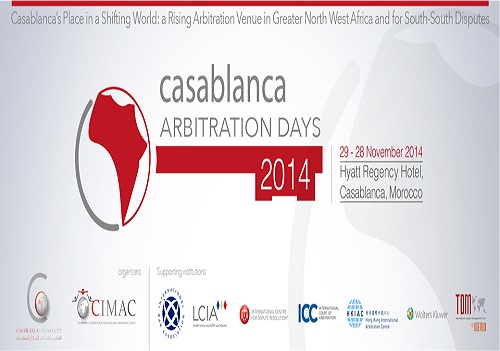 The two-day event, organised by the Casablanca Finance City Authority (CFCA) and the International Mediation and Arbitration Centre (CIMAC) in coordination with several international leading arbitration institutions, is an opportunity to highlight the future of Casablanca as a place for arbitration in Africa and discuss several other issues of common interest.

The gathering is being held the theme:”Casablanca’s Place in a Shifting World: a Rising Arbitration Venue in Africa and for South-South Disputes.”

The agenda features presentations by experts on the dynamics and perceptions of arbitration which evolved with the change of the world economy, the evolutions in arbitration theory (third parties, arbitrability and enforcement of awards), the role of counsels, arbitrators vs judges, and the increasing importance of arbitral institutions.

Participants and speakers will also look into mass claims, finance and banking disputes, low-cost arbitration, as well as the changes occurring in the Middle East and Africa, the new powers emerging in the South, “the new face of the world economy”, “the rise of new economies”, “Politics vs. Economics”, “The legitimacy of arbitration in the eyes of the judiciary”, the success of other forms of mediation and conciliation…