Certain aspects of President Hollande’s speech at the 15th biennial summit of the International Organization of Francophonie were not entertained by some delegations especially by Rwanda’s foreign minister Louise Mushikiwabo. She claimed that the French president’s message to his African counterparts was “embarrassing” and “not very elegant.” 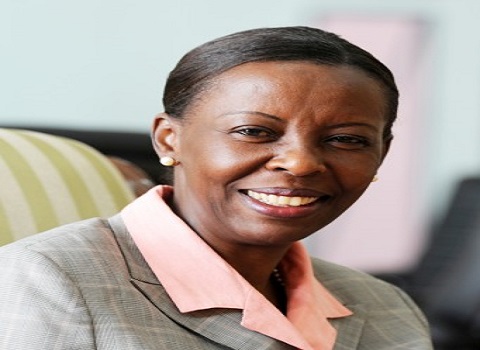 President Hollande was speaking at the summit held in Dakar when he told leaders that “what the Burkinabe people did should give pause to those who would like to stay in power in violation of constitutional rule.” He applauded the Burkinabe’s for their zeal and “beautiful demonstration” while acknowledging that Tunisia’s transitional process could serve as “lesson” for others. He promised that the International Organization of Francophonie will support the people “where constitutional rules are flouted, where liberty is trampled, where term limits are thwarted.”

Louise Mushikiwabo was not pleased with President Hollande’s speech which left her wondering “who decides the political future of the Africans?”

“I find it disturbing that a president who is with his counterparts at the Francophonie Summit didn’t come to discuss with them, but rather dictate to them what should take place in their countries,” she said.

Her comments were due to her quoting President Hollande saying “I came to Dakar to tell Africans…” Minister Mushikiwabo said although the French president can “express his point of view and give advices to his counterparts,” she lamented that such a tonality froma president is “not very elegant” and “not normal” considering that “we are in 2014!” She also reminded Hollande that it is “evident” that “it is not Paris that decides” Africa’s political inspirations.

Rwanda has in recent times often questioned the actions and decisions of President Hollande’s regime. The country is also on the verge of amending its constitution.