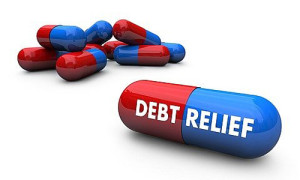 Côte d’Ivoire will benefit from more than $4 Billion in Debt Relief, out of which $3.1 billion under the Heavily Indebted Poor Countries (HIPC) Initiative, representing a 24 percent reduction of its external debt, plus a further $1.3 billion dollars under the Multilateral Debt Relief Initiative (MDRI).
The announcement was made by the International Monetary Fund (IMF) and the World Bank’s International Development Association (IDA) which determined that the country has made satisfactory progress in meeting the requirements to reach the completion point under the HIPC Initiative, the stage at which debt relief becomes irrevocable and at which countries start to benefit from additional multilateral relief (MDRI).
The requirements met by Côte d’Ivoire included satisfactory implementation of the Poverty Reduction Strategy Paper (PRSP), the maintenance of a sound macroeconomic policy framework, regular publication of information on public finances, and reform of the governance of the cocoa sector, among others, the world financial institutions said in a release.
Full delivery of debt relief (HIPC Initiative, MDRI, and additional bilateral assistance) at the completion point will considerably reduce the debt burden of Côte d’Ivoire. The present value (PV), which is the discounted sum of all future debt service (principal and interest) of debt will fall from about $12.0 billion in 2011 to about $4.7 billion in 2012. Nevertheless, both the IMF and the World Bank consider that the country remains vulnerable to potential economic shocks, underlining the need for continued strong economic management and structural reforms.
Côte d’Ivoire becomes the 33rd country to reach the completion point under the HIPC Initiative, the release said.