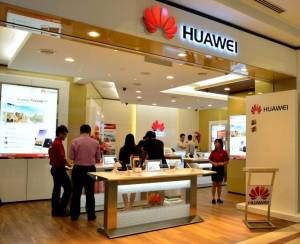 Huawei, the Chinese telecommunications equipments manufacturer opened its second shop in Cameroon. Located at a place called “Sudanese” in Akwa, this second shop is dedicated to the sales of Huawei branded phones and accessories.

“This is the second store in Cameroon and the first is in Yaoundé. The first store was opened in Douala in August. Everyone knows Huawei as a supplier and telecom equipment manufacturer and very little as a manufacturer and supplier of smartphones,” said in an interview by Xinhua Ni Zheng, CEO of Huawei Cameroon.

For Christmas promotion and New Year’s gift, customers will be able to buy the phones at bargain prices, with discounts up to 50%. Others reductions are were announced by the management of the company. Different ranges of devices are available to satisfy all levels of Cameroonian society of a national market estimated at more than 18 million mobile phone users.

As a leading provider of telecommunications solutions, Huawei has worked among others, with the world’s top operators. Cameroon Huawei was founded in 2006 and is particularly known for its involvement in the project of CT Phone. Similarly, in the Backbone project, Huawei has participated in the installation of more than 3000 km of optical fiber around Cameroon, to improve the quality of telecommunications.

Globally, Huawei is ranked among the three world leaders in providing ICT solutions. With its 200 employees who include 70 Cameroonians, the Chinese multinational totaled $ 130 million in annual revenue in 2014, on a turnover of USD 42 billion for its worldwide activities, according to its CEO in Cameroon. Huawei’s products and solutions are deployed in over 140 countries and regions to serve businesses, governments and the world’s largest telecommunications operators.