Zambia: Lake Tanganyika will be renovated with $ 22 million 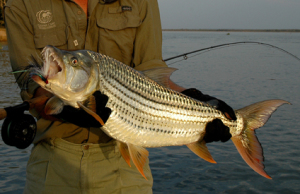 The African Development Bank (AfDB) has approved on the 18th December, 2014, a loan of 22.49 million US dollars for Zambia to finance the development of Tanganyika Lake project which has been formulated within the framework of the long-term vision of Zambia called “Vision 2030”. The project will be implemented over a period of five years in two districts, Mpulungu and Nsama, which surround the drainage basin of the lake, and home of 157,830 inhabitants.

According to a statement released by AfDB, “The project will promote management, sustainable and equitable use of natural resources of the lake, and help to improve the livelihoods of local communities. It will also encourage the development of human resource, infrastructure and strengthening the local market.”

The project is expected to improve from 20% to 25% fish supplies. In addition, it will help those people to adopt sustainable land, forests and water management technologies, in order to reduce land degradation and deforestation, and to boost agricultural production. Furthermore, the project should have a positive and virtuous impact on the conservation and preservation of wildlife as the heritage of the area. The project will also concern the renovation of the national park, which may play an important role in local economic development.

The statement mention that: “The full potential resources of the lake will increase the income of the rural households. The project implementation will be done in a participatory approach, so that local people take ownership and ensure its sustainability”.

The project is estimated at US $ 29,620,000 dollars. AfDB’s Global Environment Facility (GEF) will contribute US $ 7 million and the Zambian government should initiate 0.19 million US dollars.

Posted by Emmanuel Agbenonwossi on December 20, 2014. Filed under News. You can follow any responses to this entry through the RSS 2.0. You can skip to the end and leave a response. Pinging is currently not allowed.