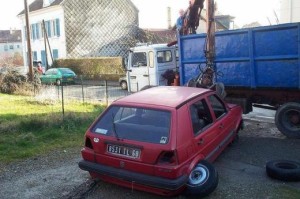 The government of Gabon has recently adopted a decree that establishes the criteria for the importation of second-hand vehicles should more than three years old.

Now, vehicle of class A, B and D, may be imported only if they are ” less than three years after their release abroad” while the vehicle of class C and E categories must be less than “six years after their first release outside foreign. “As a transitional measurement, “the registered owners of used vehicles imported before this decree have a period of three months to make the customs clearance.”

This regulation comes in three months after the Gabonese Shippers Council (GSC), which was accused of issuing waivers for the importation of vehicles of over three years old, despite the government’s decision. A report by the GSC, 786 used vehicles of over three years old and some of 15 years and more for others were landed from 5th to July 30th at the port of Owendo while 498 others were expected last August.