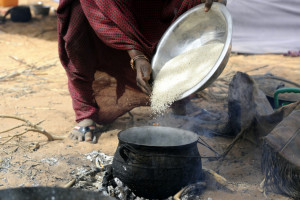 After the loans of Atlantic Bank of Mali and the West African Development Bank, the African Development Bank (AfDB) has approved loans for two projects for Mali. The first project concerns a loan to companies of the private sector 16.8 million Euros (10.8 billion francs CFA) to help the Malian agribusiness “Moulin modern du Mali” (M3) to diversify its activities. This loan, will be granted in local currency and M3, will create seven production lines at its site in Segou, the in northern Mali, to produce pasta, wheat, millet, corn, couscous and flour.

The total cost of this diversification project is estimated at 36 billion CFA francs. Atlantic Bank of Mali and the West African Development Bank (BOAD) will also support this project, which is expected to create 317 direct jobs in the long term.

M3 is a limited liability company established in Mali in 2007. Its main shareholder is Modibo Keita, a Malian entrepreneur with extensive experience in the agro-industrial sector.

According to the statement released by the bank, it “will also support the Project for strengthening food and nutrition security in the region of Koulikoro in Mali (PReSAN-Kl) through loans and grants for a total amount of 51.8 million US dollars. This is a loan from the Nigeria Trust Fund, the African Development Fund and the World Programme for Agriculture and Food Security in height regions respectively of US $ 10 million, 4.56 million and 37.21 million US dollars”.

PReSAN-Kl, which targets six irrigation sites in the Koulikoro region will contribute significantly to food security and reduce poverty of thousands of people, mostly women and small farmers.

This project aims to increase agricultural production (10,600 tons of rice and 20,300 tons of fruit and vegetables) through the effective management of surface water, the creation of development poles involving private stakeholders, and better organization of farmers. Particular emphasis should be placed on the development of the value chain.