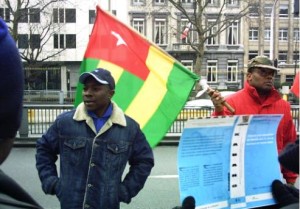 The Togolese Diaspora estimated at nearly 2 million people has sent to Togo this year $ 348 million US dollars, against 337 million US dollars in previous year according to World Bank’s. This represents 7.8% of gross domestic product (GDP) and ¼ of the current budget of Togo.

The information was given on Monday by the Minister of Prospect and evaluation of public policies, Kako Nubukpo, at the opening of the two day seminar of “the contribution of the Diaspora to Togo vision 2030”. Nearly three hundred (300) delegates from the World Council of the Togolese Diaspora are participating to these two days conference.

Two themes will be of a major concern of the work, presentations on the issues of Diasporas in Africa’s development process and history of the Togolese Diaspora.

“The Diaspora is a treasure for a country and that country can actually take advantage of its Diaspora, I think that Togo made tremendous progress to integrate the Diaspora from all countries as partners of development. The Togolese Diaspora must be in the process of preparing for the Togo vision 2030, “suggested Antoine Gbékobou Coordinator the Diaspora Program.

Several themes including political, economic and democratic aspects will be presented by the Diaspora in the meeting and contributions will be made to the document Togo Vision 2030.