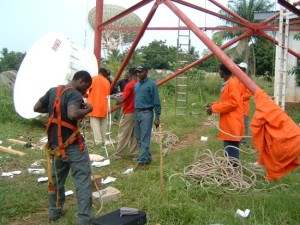 The jury of Africa Telecom People (ATP) released the list of best ICT players of 2014. Fifteen (15) trophies were awarded for this 10th edition of ATP which rewards the best companies or telecommunication companies on the continent.

For this 10th edition, the mobile company Inwi won the best portal application for North Africa with Wifi 7dak. Airtel Ghana stands out with its mobile insurance; MTN-Congo has once again won for the 4th time, the trophy of the best “Innovative Application” in Central Africa,.

This 10th edition of Africa Telecom People has gathered in a large hotel in Abidjan over 1,500 participants around the theme: “The role of networks in the fixed broadband development in Africa.”

The ceremony was marked by exhibitions and workshops. From the discussions that took place, it has emerged that technology evolves rapidly and Africa and cannot be put on the sidelines of this evolution.