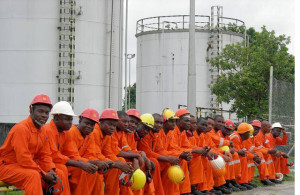 Since the launching of the strike in the oil sector, things went wrong in the Gabonese Refining Company (Sogara). This structure which undergoes the strike of the Organization of Oil Employees (Onep) recently reported a significant drop in their revenue.