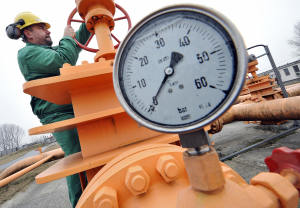 Algeria and Egypt have signed last Monday in Algiers, a supply agreement with Egypt in 2015 of 750,000 m3 of LNG in six cargoes. The document was signed by officials of the Algerian public company Sonatrach and the Egyptian Gas Holding (Egas) in the presence of Energy Minister Youcef Yousfi and the Egyptian Minister of Petroleum and Mineral Resources, Sherif Ismail during a working visit in Algeria.

According to the agreement, Egypt will import from Algeria about 750,000 m3 of liquefied natural gas in six shipments of 125,000 m3 each, in 2015 to strengthen its capacity to deal with the estimated domestic demand of 45 and 50 cargo.

According to APS news agency, further negotiations will continue during the third week of January 2015, the contribution of Algeria to cover domestic demand of Egypt between 2016 and 2020.

For his part, Mr. Yousfi said that Algeria’s shipments are “low by Sonatrach capabilities,” adding that the upcoming negotiations will allow the Algerian group to raise its supplies to Egypt.

Furthermore, the meeting that brought together the two ministers before the signing of the agreement allowed them to discuss strengthening of energy cooperation between the two countries, especially in hydrocarbons.