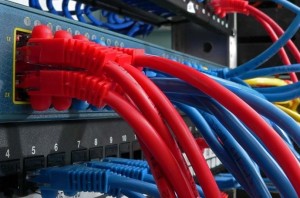 Tanzania Telecommunications Company Limited (TTCL), a former subsidiary to the East African Post and Telegraph Company is the oldest and largest fixed line telecommunications company in Tanzania has signed on the 27th January 2014 a 328 billion shilling ($ 182 million) with telecom equipment Huawei Technologies. The objective is to modernize the fixed and mobile telecom network TTCL.

Speaking at the signing ceremony in Dar es Salaam, Kamugisha Kazaura, President and CEO, said that the first phase of this project will be completed by June 2015.

Currently the company has less than 1.0 percent of the wireless market share while its co-shareholder enjoys about 33 percent and 38 percent share for the leading Vodacom Tanzania.

Huawei and TTCL’s new deal is no wonder that it would see broader transformation of the firm’s operation across the country. The ongoing improvements were earmarked last year and would be implemented through 2017.

Under the deal, Huawei will facilitate quality access of TTCL especially in the remote areas by expanding network coverage. “The focus is to ensure our customers, be it of mobile phones, landline and Information Communication Technology users get quality service … the project will cost $182million.”

In the long term, the project TTCL will enable it to acquire a 3G, 4G LTE, and expand its 2G network across the country. With these technologies, the company believes that it can offer high-quality data services. The agreement with Huawei will also improve the provision by TTCL the telecom service in rural areas, as part of the Universal Access Fund to communication services.

Last year, TTCL has won the contract to provide telecommunications services to more than 400 villages of more than 500,000 people in the Universal Access Fund to communication services. That contract was valued at $ 10 million.