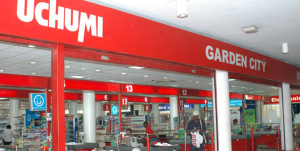 Kenya’s Uchumi Supermarkets plans to open a dozen of new branches across East Africa this year to capture the growing number of middle class spenders in the region, according to its chief executive officer, Jonathan Ciano, who released the information on Friday during the presentation of awards to Uchumi customers who participated in the Toboa Maisha na Uchumi promotion in Kenya.

The objective of the operation is to take advantage of the increased number of people accessing the middle class in East Africa. The retailer, which currently operates in Kenya, Uganda and Tanzania, has raised $ 9.77 million through a cash call last month to boost its working capital and to support its expansion.

Jonathan Ciano, Uchumi CEO, said that Uchumi will open five new branches in Kenya, one in Uganda and six in Tanzania by December. He has added that the penetration of retail in the region was still very low. Uchumi operates 37 stores in these three countries, that the level of penetration of the distribution in the sub-region remains very low, that it is an opportunity for the company.

Uchumi will open its doors in Limuru and Naivasha on March 1st, and in Ukunda, Kwale County, and a branch will be opened by April 1st.

Another branch will be opened at Kenyatta University’s main campus on the June 1st.

“We used our rights issue to put up the branches. We said the rights issue was not for any other thing but a working capital enhancement,” Dr Ciano said.

The Tanzanian branches will be opened by June, and the last by December 2015, while contractors are putting final touches on the Rwandan branches.