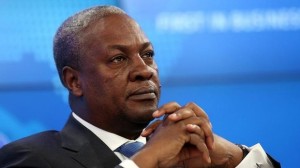 Ghanaian President John Mahama said on the 3rd February that his country plans to conclude an agreement of financial assistance with the International Monetary Fund (IMF) by March 2015 to stabilize its economy and stimulate the pace of reform.

“Ghana is committed to an aid program with the IMF, and we are confident that we will reach an agreement on this issue at the end of the current quarter,” said Mr. Mahama was quoted by the Reuters.

The Ghanaian Head of State also has revealed that the government aims to reduce the wage bill of the public sector to 40.5% of tax revenues in 2015, against 49.3% in 2014.

Ghana’s GDP, which is considered one of the most stable democracies in Africa, grew by about 7.5% per year over the past decade thanks to large exports of gold, cocoa and also oil as the country began producing in 2010. But growth is expected to slow sharply in 2015 as the government is struggling to contain inflation, the budget deficit and the debt to GDP ratio. In 2014, the national currency, the cedi, had fallen by 31%.

Ghanaian President had announced in August 2014 that his country concludes negotiations with the International Monetary Fund for a bail-out package, whether financial, purely advisory or most likely a combination of the two, to reverse the country’s deteriorating economy, the accompanying policy package – commonly referred to as conditionalities – that the Bretton Woods institution has insisted on has already been more or less determined.