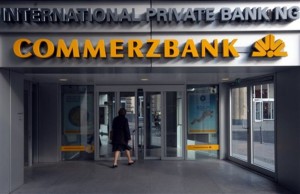 The German bank Commerzbank AG has announced on the 3th February, in a statement, the opening of a representative office in Abidjan, the economic capital of Ivory Coast. “The new representative office will function as an interlocutor for local banks as well as international and German companies in francophone West Africa, “said the bank.

Commerzbank’s strategic target is to increase its presence precisely in global growth markets. The new representative office will be in contact for local banks and for German and international companies in French-speaking West Africa.

Thebanking group has beenin Africa since1952 to maintainbusiness relationships with50of the 54African countries.
The head of the office in Abidjan, which has 5 members of staff, will be Konrad Engber (41). In his many years of working for Commerzbank, Engber has gathered extensive knowledge of the special economic and cultural characteristics prevailing on the African continent.

At present, Commerzbank is the first German banks in Africa. It has customer relationship with 550 private and public financial institutions, 29 central banks and sovereign wealth funds as well as departments and private companies on the continent. At present, more than 100 employees in different divisions of the group are active in the area of operations with Africa.

Commerzbank motivates the choice of this location in Abidjan by the return of political stability and strong economic growth in Ivory-Coast.

The bank intends to contribute to develop economic relationships between Africa and Europe.

“In order to take into account this development, we will also establish in the new representative office, an African research center,” said Christof Gabriel Maetze, deputy general manager of the bank.