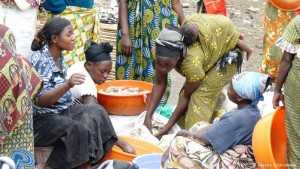 The Japanese government has offered a cargo of rice estimated at 1.3 billion FCFA to support Food program in Togo. The signing ceremony has occurred between the Chief of Staff of the Ministry of Economy and Finance and business Manager of the Japanese Embassy in Togo, Yukuo Murata.

“These are projects that can directly be used to improve the life of the Togolese. We are currently finalizing the development of the fishing port of Lomé, the construction of two bridges at the Benin border, “said Yukuo Murata.

In 2014, Japan has provided rice food aid to the vulnerable populations throughout the territory which purpose is to bring a return on capital.

According to Togolese authorities, with this support, food will be sold at affordable prices and the funds which will be collected will be used to fund social projects.”