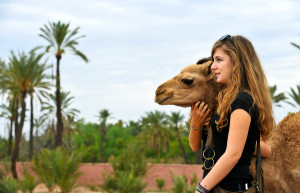 “The Ministry of Tourism and the National Tourism Confederation mobilized to the implementation of a plan of short-term actions to strengthen the promotion of Morocco destination in some markets, to mitigate the impact of events in Paris that could result, “the ministry said in a statement.

“The public-private monitoring committee has identified a first decline finding reservations particularly in the French market, and has reported a delicate situation at the projections of the indicators of the first quarter of the year 2015” added the statement.
Tourism is a key sector of the Moroccan economy. According to the Moroccan National Tourism Observatory, the sector of tourism contributes 12% to the GDP and France represents 34% of tourists visiting Morocco each year. Their number was increased by 2% over the first eleven months of 2014 compared to the same period of 2013.