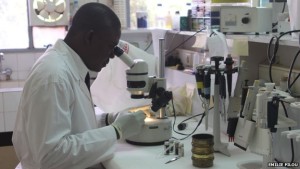 The Senegalese Institute of Food Technology (ITA) in Dakar is looking for a ” strong partnership ” to implement its program to create a sub-regional research laboratory and food processing analysis evaluated at 600 million CFA francs, revealed its CEO Amadou Mamadou Seck in the 52nd International Agricultural Fair (SIA) in Paris.

” We have initiated a project to create a laboratory that would cover the entire sub-region. Like the Autonomous Port of Dakar, which covers many countries and the image of the new Blaise Diagne airport, we want to establish a genuine research and analysis hub in the food field, ” said M. Seck.

With the Senegalese Institute for Agricultural Research (ISRA), the ITA is another structure that deals with research and food testing in Senegal. His work focuses particularly in the processing of local products with a focus on certification for better promotion of the Senegalese label. Its products are on display at booth Senegal MLS.

” This laboratory will cost 600 million FCFA. We finished the feasibility studies and equipments are identified. Everything is ready to embark on the implementation of this project to create a sub-regional laboratory, ” assured Mr. Seck.

He said he had established many contacts at SIA, including with other countries research institutes such as ” the French Institute for Agronomic Research, similar structures from Ivory Coast, Mali and even Bulgaria is a country of high milk production.”