Morocco is planning to build a new shopping centre in its capital city of Rabat, near the Bouregreg River which is undergoing a facelift with large scale tourists projects underway. 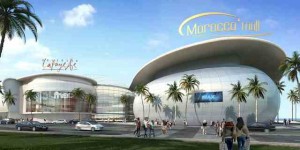 The new mall, to be built over a six hectares area, will include at least 200 shops, a luxury hotel, a theatre, a library, an archaeological museum and other facilities for entertainment, cultural and artistic activities. The project will cost about 878 US million dollars and will help create 3000 jobs.

The investors funding this project are the Casablanca-based Aksal Group, Wessael Capital, the Moroccan fund for touristic development and some partner groups from the oil-rich gulf region namely from Kuwait, Qatar, Saudi Arabia and the United Arab Emirates.

Thus the city of Rabat, which has already a huge shopping center, will have its own mega mall like the one opened in Casablanca few years ago. Dubbed Morocco Mall, this facility is believed to be the biggest in Africa.

The Casablanca mega mall, inaugurated by pop star Jennifer Lopez, has a two-story-high aquarium and offers visitors and shoppers a wide variety of products dripping with glamour and luxury.

Banking on its proximity to Europe and stability, Morocco looks forward to becoming an international shopping hub, attracting consumers from across Africa and Europe.