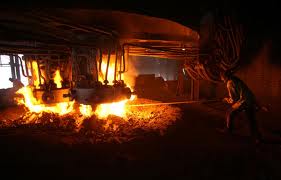 The Qatar Steel Company and the Algerian public group Sider launched on the 9th March in Jijel, a town located at about 300 km east of Algiers, the construction of a steel plant for a total investment of $ 2 billion, reports the Algerian news agency, APS.

The ceremony of laying the first stone of the project was marked by the presence of the Prime Minister of Qatar Abdullah bin Nasser bin Khalifa Al-Thani and his Algerian counterpart Abdelmalek Sellal. The main products will be manufactured from 2017 including flat steel and special steels for, among others, the rail industry in Algeria. Eventually, the new complex will reduce the Algerian steel importation, estimated at $ 10 billion per year.

Note that in 2014, in the Algerian-Qatari joint venture agreement signing ceremony, The CEO of Sider has noted that the complex is “one step further for the replenishment of national industrial base.”

The Qatari official recalled, for its part, having presented the Director General in charge of the project, Mr. Abdulla Ali Al-Buainain, “the excellent relationship between Algeria and Qatar.” This new project will, he said, “boost the socio-economic development of the Jijel region”.

The amount of this investment within 3 years is more than 2 billion dollars. It will create about 2,000 job positions at first and 4500-5000 positions second phase from the achievement of this project. While the production capacity of the project “important and strategic” will eventually be 4.2 million tons / year.