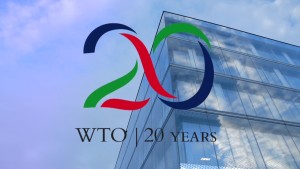 Marrakesh which had hosted in 1994 the birth ceremonies of the World Trade Organization is playing host this April 8-9 to a high-level conference, part of the commemorations of the world organization’s 20th anniversary.

“WTO 20 years: celebrating successes, meeting challenges to come” is the topic chosen for this forum to be attended by the WTO Director-General Roberto Azevêdo and some 40 African Trade Ministers.

According to the organizers, the conference will assess the results of Africa’s participation in the multilateral trading system over the past 20 years. It will review African countries’ priorities and expectations in relation to the working program being designed in preparation for the resumption of the Doha Development Agenda negotiations and the holding of the 10th Ministerial Conference of the WTO that will be held in Nairobi, Kenya next December 15 through 18.

The over 300 participants expected at the conference, including the Moroccan Minister of Trade and Industry, Moulay Hafid Elalamy, and his peers from Côte d’Ivoire, Liberia and Senegal, and members of several other governments, will review world trade from Marrakesh to Nairobi with a special focus on the challenges facing up Africa’s integration in world economy.

Several panels moderated by renowned politicians or economists will ponder on specific issues such as the role of agriculture as a pillar for economic and social development in Africa, means to release initiatives, promote innovation and generate growth, and how globalization and the WTO can contribute to fostering growth and employment in Africa.

The integration of LDC – most of which are found in Sub-Saharan Africa- in the global trading and financial systems is one of the WTO’s focal points. In opening remarks of a seminar on “Trade Finance in Developing Countries” held at the WTO on March 26, 2015, Director-General Roberto Azevêdo pointed out that trade financing gaps are “the highest in the poorest countries, notably in Africa and Asia” and that “lack of development in the financial sector can be a significant barrier to trade.”

He recalled the findings of an African Development Bank survey which covered 300 banks operating in 45 African countries and which showed that the market for trade finance was somewhere between 330 and 350 billion dollars.

The survey also found that this could be markedly higher if a significant share of the financing requested by traders had not been rejected.

Based on such rejections, the estimate for the value of unmet demand for trade finance in Africa is between 110 and 120 billion dollars. This gap represents one-third of the existing market, according to the survey.

The Marrakesh conference will be attended by representatives of several international organizations in charge of trade, finance and development, parliamentarians, diplomats, and economics pundits in addition to representatives of the private sector and civil society.

Many different activities are planned throughout 2015 to mark the commemoration of the WTO 20th anniversary.

Over these past 20 years, the WTO, and the system of transparent, multilaterally-agreed rules that it embodies, has made a major contribution to the strength and stability of the global economy, said Roberto Azevêdo on the occasion of this anniversary. “Over the years, the WTO has helped to boost trade growth, resolve numerous trade disputes and support developing countries to integrate into the trading system,” he said.