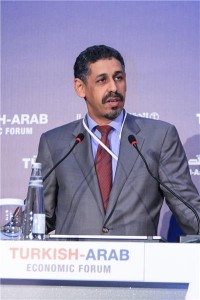 The Mauritanian Minister of Economic Affairs and Development, Sidi Ould Tah was elected on the 7th April as General Director of the Arab Bank for Economic Development in Africa (BADEA), replacing the Algerian Abdel Aziz Khelef. Ould Tah was appointed at the 40th Meeting of the tips of the institution’s governors held in Kuwait. He should take office on the June 30th.

Sidi Ould Tah holds a doctorate in Economics from the University of Nice Sophia Antipolis (France). Since August 31st, 2008 he was in charge of the Mauritanian Department of Economic Affairs and Development.

Ould Tah began his career in the Mauritanian Bank for Development and Trade (BMDC). Between 1986 and 1999, he served as a financial analyst at the Arab Agency for Investment and Agricultural Development (AAAID) based in Khartoum, before joining the group of the Islamic

Development Bank (IDB), where he held between 1999 and 2006 the marketing Executive positions, investments and the technical assistant president of this institution.

Note that, the Arab Bank for Economic Development in Africa (BADEA) was established pursuant to the resolution of the 6th Arab Summit Conference at Algiers (28th November 1973). The Bank began operations in March 1975.