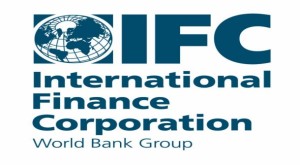 The International Finance Corporation (IFC), a subsidiary of the World Bank in charge of the private sector, plans to invest 1.2 to $ 2 billion in infrastructure and energy in Egypt during the four coming years, Reuters reported on April 9th, quoting an officer of the institution.

“We plan to invest between $ 300 million and $ 500 million per year in Egypt over the next four years in different sectors, but especially in infrastructure and energy,” said Mouayed Makhlouf, IFC’s Director of Middle East and North Africa (MENA).

“We eyeglass among other investment projects on the construction of ports and logistics areas,” he said.

Egypt has recently launched a major project to dig a new 72-kilometer canal along the Suez Canal. This project should, once completed, generate revenues of $ 13 billion per year.

Makhlouf also revealed that IFC works with the UAE and Saudi companies Masdar ACWA Power to achieve three or four projects in the field of renewable energy in the Nile countries.

IFC has invested $ 1 billion in Egypt since the uprising that led to the fall of the dictatorial regime of President Hosni Mubarak in early 2011.

Note that in the beginning of this month, in March 2015, Hummingbird Resources plc has signed a collaboration agreement with IFC InfraVentures and Aldwych International to work on the planning and development of a power project in Liberia according to a statement issued on the 7th April.

InfraVentures IFC will finance approximately 265,000 US dollars feasibility study of the project which will provide eventually electricity at low cost to Dugbe-1 project for a low-cost gold production and the surrounding areas.