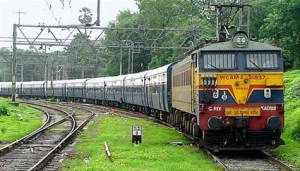 The China Railway Construction Corporation group has announced on April 13th in a statement that one of its subsidiaries has won a USD 800 million contract for the construction of a railway line in Egypt. The project consists of two railways. The new two-way railway will be 80 kilometers in length and will connect Bilbeis City, Sharqeya, and El-Salam City in Greater Cairo, according to the Egyptian newspaper Daily News.

The agreement was signed between the Egyptian and Chinese governments along with the Chinese holding company Aviation Industry Corporation of China (AVIC).

According to the Egyptian Ministry of Transport, the new railway line will help to limit pollution and reduce the monstrous traffic jams that know the Egyptian capital, which homes 18 million people.

The Ministry of Transportation announced last month that it had decided to revive a plan to build a high-speed train service, said to connect the country’s northern and southern borders, from Alexandria’s Mediterranean coast to Aswan. According to the ministry, the project would cost $10bn and the train’s speed would reach 350 km/h.

Remember, private investors, governments and international institutions have promised to inject a total of 72.5 billion in the Egyptian economy through investments and aid at a conference organized by investors from March 13th to 15th at the resort of Sharm el-Sheikh on the Red Sea.