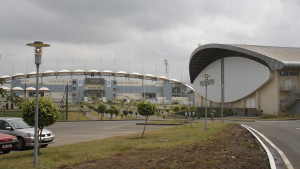 Industrial and Commercial Bank of China ICBC), China’s biggest lender by assets, said on Wednesday it had signed an infrastructure agreement worth of $2 billion with Equatorial Guinea

The agreement was signed on Tuesday following a meeting between Chinese President Xi Jinping and Equatorial Guinea President Teodor Obiang Nguema in Beijing. The agreement provides a “financial support” to Equatorial Guinea from the first Chinese bank in terms of assets, as well as Chinese companies operating in the oil-producing country. “There are an increasing number of areas of cooperation between our two countries and the prospects are very promising,” said Chinese Prime Minister Li Keqiang on this occasion.

“Based on our understanding, Equatorial Guinea is a central African country that has developed relatively well,” the statement said. “The government in recent years has supported expanded investment into infrastructure development, and the need for infrastructure projects is enormous.”

Equatorial Guinea has the highest GDP per capita in Africa, thanks to an economic boom fostered by exports of hydrocarbons. But it is also notorious for corruption and ranked 144 out of 187 states on the U.N.’s 2014 Human Development Index.

In power since 1979, President Teodoro Obiang Nguema is accused of locked politics and prevented any possibility of democratic change in his country. China has said it will not follow the path of “Western colonists” in Africa by sacrificing countries’ long-term interests or ecological environments. Beijing says it espouses a policy of non-interference in other countries’ domestic politics.