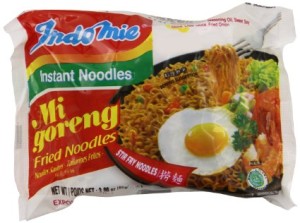 The Indonesian company Indofood CBP Sukses Makmur will invest $ 5 million in the installation of an instant noodle production plant in Morocco. The infrastructure that will be built this year will be operational by 2016.

This will be the company’s sixth facility in Africa after Nigeria, Egypt, Sudan, Kenya and Ethiopia. Construction was based on the high demand for Indofood’s most popular instant noodle brand, Indomie, Hubert Sadeli, Indofood regional manager for Southern African Development Community (SADC) countries, told the newspaper Customs Today.

The arrival of pre-packaged food in the Moroccan market maker is in the logic of its African expansion which recently pushed to invest $ 7.3 million in a factory in Kenya. Indofood, which holds the Indomie brand, is also present in Nigeria, Egypt and Ethiopia.

“The construction and other licensing-related processes may take nine months, so we hope that our Moroccan factory can begin trial runs next year,” Hubert told The Jakarta Post in Johannesburg, South Africa, over the weekend but no detail has yet filtered through the siting of the Moroccan production unit as well as its technical characteristics.

“It would be great if Indomie was able to build a plant in South Africa because the country could serve as gateway to several landlocked countries surrounding it such as Lesotho and Swaziland,” He said.

Hubert said the Indomie plant in Ethiopia, which started construction in 2013, should start operations by the end of the year. The plant is expected to supply Indomie to Somalia, Sudan and Djibouti.

Indofood first started operations in Africa in 1995, when its Nigerian plant began operations. Other Indomie factories overseas include those in Malaysia, Serbia, Saudi Arabia, Yemen and Syria.