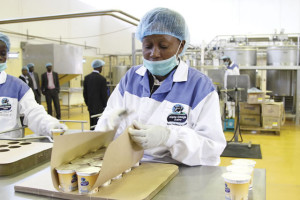 The private investment firm, Spear Capital, based in South Africa and supported by the Scandinavian fund, has acquired a 27% stake in Dendairy, a company that positions itself as the second most important Dairy products sector in Zimbabwe, against the sum of $ 6 million, according to a press release of Dendairy and report by Zimbabwe local newspapers.

“The exceptional Dendairy anchor of the Zimbabwean market positions it for strong growth and it suits us because we are targeting export markets within the region”, said Christian Victor Bernau, head of Spear Capital, according to the comments reported in the press release announcing the information.

The investor does not exclude the possibility of crossing a new threshold in the round of Dendairy, reaching 30% of the capital. The latter, which was launched in 2004, has progressed very quickly and puts on the market today, products that are beyond Zimbabwe are marketed in Mozambique or Zambia

Founded in 2004, the company has expanded rapidly, growing its revenues more than 30% a year over the past six years, with each of its product lines being ranked either first or second in its category within 18 months of launch. It sells Maas, UHT milk, UHT flavoured milk, Yoghurts, Ice Cream and Fruit Juices.

Spear Capital is a Scandinavian-backed private equity investment company that targets investments in businesses that are well-positioned to benefit from the growth in the sub-Sahara, with a particular focus on the FMCG, Manufacturing and Processing, Financial Services and Technology, Media and Telecoms sectors.