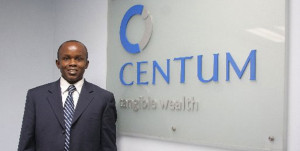 Nabo Capital, a subsidiary of the investment firm Kenyan Centum Investment, wants to mobilize $ 500 million, including a contribution from any pension funds based in Kenya, to finance the development of a coal power station with a capacity of 1 gigawatt, in the community of Lamu.

The investment firm promises for participation in the creation of this fund returned 12% over a period of 29 years during which the project will be deployed. Nabo Capital reminded the pension funds, the Kenyan government has donated nearly 17 billion shillings ($ 178 million) of interest to companies with several foreign pension funds.

“We want to encourage pension funds to take advantage of opportunities offered by infrastructure project in Kenya”, said Job Muriuki, an executive at Capital Nabo, while he was speaking on the occasion of the presentation of a study on the performance of pension funds in Kenya, conducted by Alexander Forbes.

According to the law of that country’s pension funds may invest up to 10% of the money in their possession. For now, most of these institutions which together weigh almost 800 billion shillings ($ 8.32 billion) prefer to make investments on fixed return products, real estate projects or offshore projects.