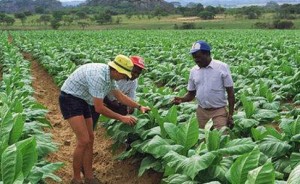 Ethiopia has secured funding from the World Bank for the second phase of its agricultural development program. The initiative includes a $350 million loan that will allow the country to increase productivity of its agriculture while providing better market access to its small farmers.

Over 157 rural districts will benefit from the second phase of the project against 96 for the first phase. According Guang Chen, the representative of the World Bank in Ethiopia, “supporting those districts that have a high agricultural potential will also stimulate the processing sector”. Eventually, the program will benefit 1.6 million small farmers, said Ahmed Shide, the Ethiopian Minister of Finance.

According to a report from the World Bank, the progress made by the agricultural sector, which employs about 80% of Ethiopia’s work force, has largely contributed to the decrease of poverty experienced in the country.

Note that the development objective of the Second Phase of the Agricultural Growth Program Project for Ethiopia is to increase agricultural productivity and commercialization of small holder farmers targeted by the project. Some of the negative impacts and mitigation measures include: (1) communication strategy will be developed for the project to determine how communication on the project will be handled; (2) the project implementation manual for the project will detail the roles and responsibilities for all aspects of project implementation, including safeguards; and (3) to strengthened monitoring and evaluation (M and E) system will ensure that implementation agencies are performing as per their responsibilities.