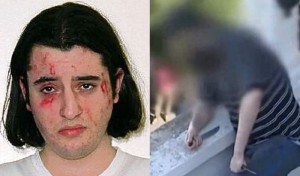 Moroccan Younes Tssouli, who was expelled lately from UK after serving jail term for terrorism charges, said he was sexually abused and mistreated during his imprisonment in Britain.

These allegations were unveiled by Morocco’s Public Prosecutor of Rabat who ordered medical examination for forensic evidence supporting the claimant’s statement.

So everybody is waiting for the outcome of the medical report to see how the Tssouli case will unfold in the coming days. His deportation from London was laborious and challenging as was his arrival in Morocco wherein he sparked a security scare.

Moroccan authorities were angered for not having been informed by the Britons that the deported man was very dangerous. A press release quoted by state-owned media outlets said Interior Minister Mohamed Hassad contacted his British peer to express his remarks, wondering why Moroccan authorities were not informed about the potential danger of Tssouli who threatened his own life and the life of others.

Actually, just one day after he was deported to Morocco, the terror ex-convict set fire to his parents’ house in Rabat (Morocco’s capital) after clashing with members of his family deemed too liberal. Afterwards, he jumped over rooftops to reach the balcony of an apartment and refused to come down.

The police were called out to deal with a critical and emergency situation as the man on edge threatens to kill himself with a knife he was holding. Footages and captured images of these terrifying scenes, rare in the North African country, inflamed social networks and online media.

According to press reports, the standoff lasted 23 hours and it took the law enforcement agents and a psychiatrist about 13 hours of tedious negotiations to convince the jittery man to give himself up to the police.

Tssouli, a computer geek who used to live in London, pleaded guilty in UK to incitement to commit acts of terrorism on the internet, in addition to hacking credit cards, creating websites and forums supporting the Al-Qaeda terrorist organization… on the basis of the documents discovered by investigators on his computer.