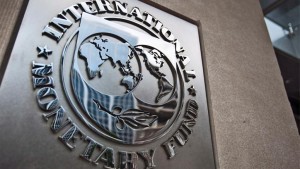 The International Monetary Fund (IMF) announced that the Kenyan economy is expected to grow by 6.5% in 2015, against the 6.9% forecast announced earlier this year.

“Kenya’s economy remains resilient in the face of headwinds, with real GDP projected to grow by around 6.5 percent in 2015, supported by rising infrastructure investments, lower energy prices, and a dynamic of private investment environment,” Mauro Mecagni, head of an IMF visiting team to Kenya, said in a statement.

He said the shilling’s weakness was in line with developments in international financial markets. The local currency is down 7.8 percent against the dollar at end of May.

“The CBK stepped up its monetary operations and has intervened in the foreign exchange market to mitigate heightened volatility of the shilling in recent weeks,” Mecagni said.

“Gross international reserves, equivalent to $7.3 billion at end of May, remain adequate.”

During the past year, the first East African economy faced several challenges, including the bloody terrorist attacks attributed to the Somali Islamist group Al Shabaab which leaded the tourism industry and a drought spell that has reduced agricultural production. Kenya’s economic growth was thus established at 5.3% in 2014, against 5.7% in 2013.