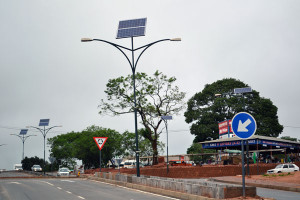 The World Bank Board of Executive Directors approved a new $60 million International Development Association (IDA) credit for the Government of Liberia, in West Africa.

The credit was approved to support the ongoing Liberia Accelerated Electricity Expansion Project (LACEEP) which aims to advance Liberia’s national Agenda For Transformation to achieve a more prosperous and inclusive society. The new funds will allow the LACEEP to connect another 36,000 households and businesses located in important areas of greater Monrovia north-west, and in Bomi and Grand Cape Mount countie.

“In order to improve people’s livelihoods and to cope with the impact of the Ebola crisis it is essential that houses and businesses in Liberia have electricity,” said Inguna Dobraja, the World Bank Country Manager for Liberia.

“This new financing will build on the ongoing project to increase access to power in Liberia by connecting households as well as key economic and social service facilities to the national electricity grid.”

The World Bank said the program will also help the government in its efforts to stabilize and rebuild Liberia’s economy post Ebola. Expanding access to electricity will be critical to address both short term needs of health and education centers, water treatment plants, and other vital facilities, as well as to support the economic and social recovery of Liberia.