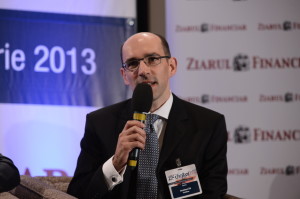 Ivan Dittrich, chief financial officer and executive director, has resigned from the company to pursue his own interests, the Johannesburg-based company said in a statement Monday.

Dittrich’s resignation is effective July 31 and Streichert, who is currently the executive director of finance for Vodacom’s South African operations, will assume the role on Aug. 1

The new CFO joined Vodacom in February 2014, prior to which he had been CFO of Vodafone Romania. He held a number of senior finance and commercial roles in Romania which included director of channel marketing, logistics and sales operations, director of financial planning & reporting and finance operations before he was appointed as CFO in 2011.

Till has a doctorate in philosophy from the University of Hanover in Germany and has also served as a strategy consultant at The Boston Consulting Group.

He   started his career working for the CEO of T-Mobile Germany before undertaking different senior roles at T-Mobile UK.

Dittrich, who had been CFO at Datatec since May 2008, replaced Rob Shuter as Vodacom’s CFO in July 2012. Shuter left Vodacom to take over as CEO of Vodafone’s operations in The Netherlands.