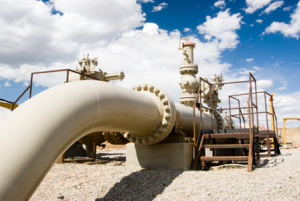 Kenya’s push to start oil production by 2017 will be delayed by at least five years going by the detailed design and construction timeline for the proposed crude oil pipeline connecting Uganda and local oil fields to Lamu, the Kenyan Daily Nation reports on Wednesday.

According to the newspaper, “the Toyota Tsusho design released recently shows that the flow of the first oil is expected in October 2022 at the earliest. This will come after the commissioning of the oil pipeline in the last quarter of 2020

The Kenyan petroleum legal adviser to the Ministry of Energy and Petroleum, Daniel Kiptoo, said that “Kenya and Uganda have now settled on the route, for the oil pipeline, this is what was delaying construction and could stretch the deadlines set by both governments for first oil.”

“As per the design by Toyota Tsusho, the route decision was to be made by early June, it was delayed to August,” Mr. Kiptoo added.

The governments of Uganda and Kenya have a production-sharing contract with respective investors that will dictate the actual cost of the oil pipeline and how to share the revenue.

“We are going to build pipelines for crude oil and refined petroleum products, as well as to join you, alongside our other East African partners, in the development of an oil refinery here in Uganda whose impact will be regional,” President Kenyatta said while addressing the Ugandan parliament on Monday.

Uganda expects its proposed oil refinery to start operations by 2018. The facility will have an initial capacity of 30,000 barrels per day, the aim being to reach 60,000 barrels by 2020.

The refinery project will further help Uganda to develop its oil deposits to cut imports through domestic production.