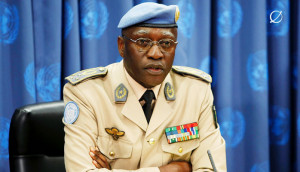 The U.N. chief has fired on Wednesday the head of the peacekeeping mission in the Central African Republic after a fresh round of allegations of sexual abuse and excessive use of force by peacekeepers.

Babacar Gaye of Senegal move followed fresh accusations that a peacekeeper from the MINUSCA force had raped a 12-year-old girl, months after similar claims were made against other troops in the unit.

“I cannot put into words how anguished and angered and ashamed I am by recurrent reports over the years of sexual exploitation and abuse by UN forces,” Ban said.

“I will not tolerate any action by people who replace trust with fear,” he added.

Gaye, 64, who was appointed as the first head of the 12,000-strong MINUSCA force in July of last year told France 24 that he shared Ban’s outrage and that his resignation “embodies the organization’s response to behavior that is simply unacceptable from soldiers who come to defend people and protect them.”

“You should feel no shame. Shame belongs to the perpetrators,” he said.