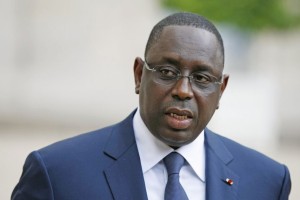 The government of Senegal is laying the groundwork for a new city close to Diamniadio town. This plan was established to decongest the country’s capital city, Dakar, which is occupied by almost a quarter of the country’s population of 14 million people.

The new site to accommodate about 30,000 people will include an airport, a university, state ministries and a 50-hectare industrial park.

The project which is already seen as the most ambitious infrastructure project of President Macky Sall is expected to expand tenfold by 2018. The idea is to ease the urbanization pressure on Dakar, which was designed by the French colonial administration on a peninsula.

Dieynaba Diop, an urban planner at the project said that the government hopes the construction of golf courses, fountains and shopping malls in the Diamniadio area will lure residents from Dakar.

China’s CGC Overseas Construction Group is building the industrial park, and Chinese companies may set up operations in the area according to Xia Huang, the Chinese ambassador in Senegal.

According to Bloomberg, the Diamniadio project has attracted “hundreds of bids” from local and international companies since the plan was approved in 2013, including Germany’s state-owned KFW development bank, which plans to fund a $50 million solar plant in the area.