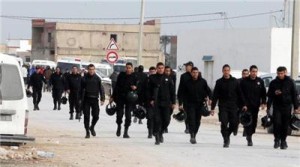 The state of emergency imposed in Tunisia on July 4 and extended for two additional months on July 31, part of the fight against terrorism and insecurity, has “reached its objectives,” said Prime Minister Habib Essid, and will be lifted.

The state of emergency gave security forces more powers in the fight against terrorism and strictly limited public rallies to prevent mass demonstrations and terrorist attacks.

Under the state of emergency, the army was deployed to guard sensitive sites and was authorized to shoot to kill if under threat.

Essid said the decision to lift the state of emergency was based on “a security report” stating that the “security situation in the country has improved significantly.”

Some analysts believe that the lifting of the state of emergency is also part of the government’s efforts to assure tourists that the country is still safe to visit after the Sousse attack claimed by the Islamic State group left 38 tourists, mainly British, dead.

Tunisia claims that the war in Libya has made its neighbor a fertile ground for extremist groups and that Tunisia is being targeted because it has a functioning secular democracy. Authorities had said that lone gunman at the Sousse beach attack was trained in Libya.

Tunisia was heavily criticized for its slow response after the attack but President Beji Caid Essebsi admittedly stated it was “because we did not have the culture of terrorism in Tunisia.”

An anti-terror law voted in July is expected to curb terrorism in the country as it imposes tough measures against suspected terrorist activities but the law has also raised concerns it may restrict the population’s freedom and rights.