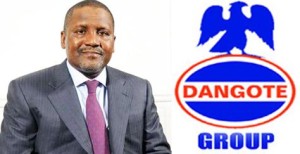 Three Africans, including the Nigerian Aliko Dangote, Africa’s richest man and President of the Dangote group, were listed among the 50 most influential global personalities of the United-States-based news media, Bloomberg.

Dangote was joined by two other Africans, Tidjane Thiam, an Ivorian-French businessman and former politician who headed Suisse Credit Group.

“Thiam’s success as CEO of Prudential in the UK, earned him the top job at Zurich-based Credit Suisse, and he arrived promising to be “ruthlessly selective” as he prioritizes wealth management over investment banking,” Bloomberg said. Thiam was listed as the 23rd most influential person followed by Mo Ibrahim, Chairman of Mo Ibrahim Foundation.

According to Bloomberg, “The Ibrahim Index of African Governance is an unequalled tool for assessing the investing environment on the second most-populous continent. Those who use the index can gain a better grasp of the 52 nations it evaluates.”

Bloomberg said those on the list “build companies and assemble fortunes. They run banks or hope to disrupt them. They shape economies and spread ideas. They manage money and wield the clout that goes with the billions of dollars they invest.”

The financial news group said Dangote, “Africa’s most successful businessman built his fortune in sugar, textiles and cement in his native Nigeria, where today he’s a political as well as a financial power broker. He’s expanding in other countries and may list his cement company in London.”

“He’s a fixture at elite gatherings such as the World Economic Forum in Davos, Switzerland. No African has ridden the continent’s halting march out of poverty toward potential prosperity as spectacularly as its richest person, the Nigerian industrialist, Aliko Dangote”.

The top three positions of the ranking were occupied by Janet Yellen, Chairperson of the United States Federal Reserve; the Chinese President Xi Jinping and Apple’s Tim Cook.