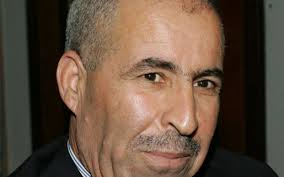 Tunisian junior Minister in charge of Relations with the Parliament, Lazhar Akremi, resigned on Tuesday for “personal motives,” according to the Tunisian Prime Minister’s office, while the reason behind the resignation, as presented by Akremi himself, is the government’s shy actions against corruption.

“I can no longer remain member of a cabinet that has no political will to address corruption,” Akremi said.

The quitting minister added that he notified the Prime Minister that he had tried to voice the concerns of oppressed Tunisians, of victims of injustice, of those marginalized by rampant corruption, but was not heeded.

The Prime Minister’s office has minimized the resignation saying it has no impact on the work of the government which is seeking to meet its commitments in various fields in full transparency.

“The resignation of Akremi is personal and has nothing to do with the relationship between the government and ruling coalition parties, nor with the positions of these parties. Consultation and co-ordination with these parties continue on a regular basis about political, social and economic issues,” said the Prime Minister’s office in a statement on Tuesday.

Analysts see Akremi’s resignation as a blow to the Prime Minister Essid’s team which took office last February. Akremi is a top member of the cabinet and a leading figure of the President’s ruling party Nidaa Tounes.

Corruption remains a burning issue in the new Tunisia though it was the main reason behind the 2011 revolution that ended the former dictator Ben Ali’s regime.

According to a recent report called “unfinished revolution” produced by the World Bank, corruption is eating two points on the country’s GDP. Another study released in April by the Tunisian Association of Public auditors said more than €200 million had been syphoned and distributed as bribe to some officials.