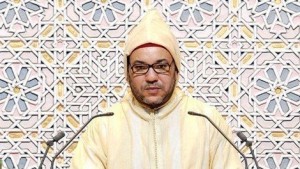 The high turnout recorded in the Sahara provinces in the September local and regional elections translates the attachment of these provinces inhabitants to their country and makes of the officials they elected their true representatives. The remarks were made by Morocco’s King Mohammed VI on Friday while he was chairing over the opening of the fall parliamentary session.

“I was indeed proud to note that, in the last elections, there was a high voter turnout in our Southern provinces,” said the King who deemed this high turnout as a “further democratic proof that the sons and daughters of the Sahara are deeply committed to their country’s territorial integrity and political system, and that they are keen to be effectively involved in the nation’s institutions.”

The participation rate of the September 4 elections that stood at 53.67% nationwide neared the 80% in the Sahara provinces.

The sovereign stressed further that “the democratic legitimacy freely conferred by the citizens upon the officials who were elected there makes them the true representatives of the inhabitants of the Moroccan Sahara – not a minority who reside abroad and who are under the illusion that they can be self-proclaimed representatives, without any basis for their allegations.”

In his speech before the two houses of the parliament, King Mohammed VI urged political parties, whether in the government or in the opposition, to improve their performance and thereby the performance of the Parliament to be up to the ambitions of the 2011 Constitution. King Mohammed VI insisted that Parliament should reflect the citizens’ concerns and be a platform for serious, responsible dialogue on major national issues

“Representing the citizens is a great responsibility. It must be shouldered by elected officials and political parties alike – by honoring the commitments they made to the citizens and by seeking to respond to their pressing concerns,” he said.

He pointed out further that elections are not an end in themselves, but rather the real start of a long process which begins with setting up institutions and conferring legitimacy upon them.

He also warned that political life is not meant to be centered on individuals but rather on institutions, which actually guarantee that citizens’ rights will be respected and that the services they need will be provided to them. “As such, institutions cannot be held hostage to individuals or to their whims.”

The major national issues “require all of you – the ruling parties as well as the opposition, the Government as well as Parliament – to make the spirit of constructive consensus prevail and to avoid political bickering,” he said in his address to the MPs.

“Political discourse does not always live up to the citizen’s expectations” and “arguing over trivial matters will always be at the expense of addressing pressing issues and the real concerns of the citizens,” King Mohammed VI said, warning that backbiting and focusing on trivial matters lead “to people’s dissatisfaction with politics in general, and to the citizen’s lack of interest in Parliament’s real mission.”