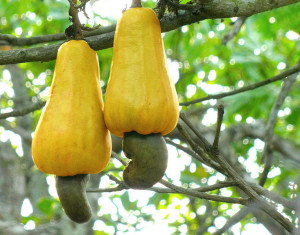 Cashew nut output in Tanzania, Africa’s fourth-largest producer, could decline by 40 percent this year as poor rains in major growing areas hurt harvests in the country, the state-run Cashew Nut Board of Tanzania said on Monday.

The East African nation will produce 120,000 metric tons of the nuts this year compared with 200,000 tons achieved a year earlier, the Board Director General Mfaume Mkanachapa Juma told Bloomberg news.

Tanzania is Africa’s largest cashew nut grower after Ivory Coast, Nigeria and Guinea-Bissau, and the world’s eighth biggest producer, according to the United Nations’ Food and Agricultural Organization.

According to Bloomberg, The East African nation authorities want to establish more local processing from 40 small-scale factories to transform the country’s raw nuts.

The factories that are planned to be built in Mtwara, Mkuranga and Tunduru will save the current 80 per cent of Tanzania cashew nuts exported in raw form.

Each factory will have capacity to process 10,000 tons of cashew nuts per annum and assure farmers with high returns when their produces are processed locally before being exported, officials said.