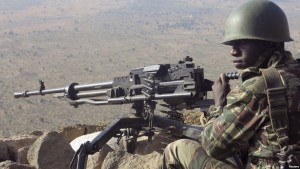 The U.S. State Department has issued a warning to its citizens about the risk of travelling to the North regions of Cameroon.
“U.S. citizens should avoid all travel to the north regions because of the general threat of violent crime, terrorism and the targeting of Westerners for kidnappings and murder,” it stated.
Since July 2015, the North parts of Cameroon have been under serious threats from the Nigerian Islamist terrorist group Boko Haram that has resorted to carrying out suicide bombing attacks. These have resulted to the dead of at least 100 people.
Kidnapping of foreigners
In the past years, Boko Haram has been getting funding partly from kidnapping ransoms. In 2013, German-based Baptist mission agency, EBM International (EBMI), evacuated all its missionaries and volunteers from the Far North region in Cameroon following a series of kidnaps by Boko Haram.
Boko Haram gunmen kidnapped a family of seven French tourists on vacation in Cameroon. Two months later, the kidnappers released the hostages along with 16 others in exchange for a ransom of $3.15 million.
Also, 10 Chinese workers and the wife of Cameroon’s Vice-Prime Minister Amadou Ali were kidnapped by the Nigerian terrorist group Boko Haram before been released after a ransom has been paid.
A special operation led by Cameroonian armed forces along with security services of friendly nations succeeded to free Nitsch Eberhard Robert; a German citizen abducted in Nigeria in July 2014 by the Boko Haram sect”.
A military campaign launched last year by Cameroon’s government to crush Boko Haram has so far failed to prevent Islamist militants from carrying out surprise attacks. A desperate Cameroon recently sought the assistance of the U.S. in its war on terror and President Barack Obama obliged by deploying 300 military advisers to Cameroon.
Apart from its military, Cameroon is equally using vigilante groups to fight the Islamist militants, and recently fortified the groups with modern equipment.