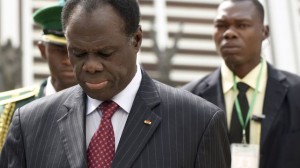 Few weeks after being sworn in as the first new leader in almost three decades, Burkina Faso’s Christian Kabore, on Monday, ordered an audit of the transitional government which ruled the country from October 2014.

“The president has called for an audit of the transition authority to be conducted as soon as possible,” the head of the National Anti-Corruption Authority (ASCE) Luc Marius Ibriga said Monday after meeting with Kabore in Ouagadougou.

“The audit will reveal the good and bad practices, and will enable the government to be more cautious as it implements its policies,” he said.

He said the transition Prime Minister Yacouba Isaac Zida “had already written a letter to ASCE asking it to conduct an audit of the management of the transition.”

Landlocked Burkina Faso produces cotton and gold but remains impoverished. Its economy has slowed due to lower global commodity prices and reduced investment during the democratic transition that began after Compaore fell.

Last week, the new president named economist Paul Kaba Thieba as prime minister. Thieba is to form the government as the country continues with a democratic transition.

Kabore said his government needs to improve access to water, healthcare and education.