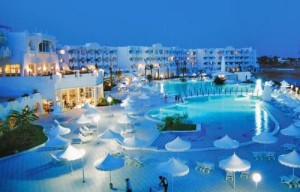 The Tunisian government has received and is currently going through bids from investors whom are mostly from the gulf countries for its proposed tourism project. The project which will be executed in Hergla is estimated to be worth around $308 million according to a senior official.
The country is working towards reviving its battered economy and tourism industry. The project will be covering a land surface area of more than 450 hectares with hotels, restaurants, housing units and parks. Although Hergla is not a popular destination, it has attracted interests from investors in Kuwait, UAE and Saudi Arabia to bid. Considered to be a village, Hergla is located off the Gulf of Hammamet, a resort destination, in north-eastern Tunisia said Youssif Bou Halal of the Directorate General for Productive Sectors at the Tunisian Ministry of Regional Development and Planning.
The government has embarked on selling the Hergla as a global destination for tourism, a sector which heavily contributes to the country’s Gross Domestic Product. It is also promoting ownership in Hergla as it put some places in the area up for grabs for usage as “second homes.”
It can be recalled that the country’s tourism industry started suffering well before the uprising took place. The industry received its first blow in 2002 when a suicide bomb attack on a historic synagogue in the resort of Djerba killed 21 people of which 14 where Germans. The attack occurred early in the season and coupled with a global downturn in tourism during that period obliged many Tunisian hotels to close their doors and some tour operators pulled out of Tunisia’s market.