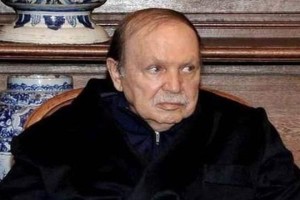 Algerian President, AbdelazizBouteflika has dissolved the military spy directorate known as the DRS, creating a new agency staffed by loyalists and reporting directly to the presidency, local media reported on Monday.
The reports said an agency, known by the acronym DSS, had been set up to replace the powerful DRS intelligence agency, which is being dissolved.
Retired general AthmanTartag, an ex-security adviser to the president, is to head the DSS.
Last year, the Algerian leader has named Tartag as successor to long-time DRS chief General Mohamed Mediene – better known as General Toufik.
The powerful intelligence chief, General Mohamed Mediene, is a very powerful figure, known as Algeria’s “kingmaker.”
Analysts deemed his ouster as a definite shift in the internal power dynamics within the country’s elite.
After he came to power,Bouteflika, 78, side-lined parts of the army, weakening its power and it seems likely he may be using this same tactic again to diminish the might of the intelligence services.
Bouteflika’s public engagements have become rare and he appears on local television only when foreign dignitaries visit.
Opponents, including his rival in the 2014 presidential polls, Ali Benflis, have spoken of a “power vacuum” in Algeria.