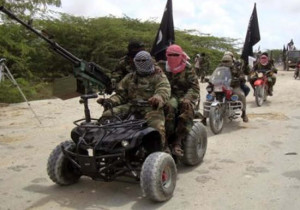 Suspected Boko Haram members have attacked a military base of a regional Multinational Joint Task Force (MNJTF) in Mora, Cameroon, in the early hours of Wednesday, local media reported.

According to the reports the base was struck by several explosions. Causalities remain unknown.

The MNJTF base in Mora, which was manned by troops from Cameroon and Chad to interdict criminal activity in the Lake Chad area, was expanded in 2015 to help fight the spread of Boko Haram activity in the area where the borders of Nigeria, Chad and Cameroun intersect. More than two thousand Cameroonian soldiers are at the base.

Boko Haram has had success in overrunning large military bases in the past.

Last year hundreds of fighters from the jihadist group attacked a Nigerian Air Force base, using trucks and a stolen armored personnel carrier.

In October and November 2015, Boko Haram ramped up its attacks not only on Nigeria, but also on Cameroon, Chad and Niger. These attacks have led Chad and Niger to declare state of emergency and to refocus their security efforts on their own territories.