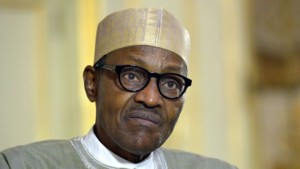 While on a state visit to Kenya, Muhammadu Buhari has declared that his government will not devalue the Naira, noting that this would not confer any benefit on the citizens.

According to a statement released on Thursday by his Senior Special Assistant on Media, Garba Shehu, Buhari argued that while export-driven economies could benefit from the devaluation of their currencies, such a move would only result in further inflation and hardship for the poor and the middle class in Nigeria’s import-dependent economy.

“Proponents of devaluation will have to work much harder to convince him that ordinary Nigerians will gain anything from it,” Garba Shehu said.

He also rejected suggestions that the Central Bank of Nigeria (CBN) should resume sale of foreign exchange to Bureaux de Change (BDCs) adding that BDC business has become a scam and a drain on the economy.

“We had just 74 of the bureaux in 2005, now they have grown to about 2,800,” he said. He alleged that some banks and government officials used surrogates to run the BDCs and prosper at public expense by obtaining foreign exchange from government at official rates and selling it at much higher rates.

He said that he was optimistic that Nigerian economy would stabilize soon with the efficient implementation of measures and policies that have been introduced by his administration.