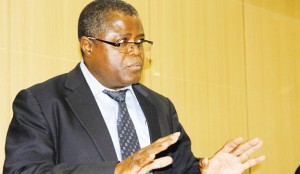 Zambia’s Mining Minister Christopher Yaluma on Wednesday said the government will add 1,500 megawatts to its power grid by 2020 to ease power shortages that have hobbled the country.

With increasingly erratic seasonal rainfall causing severe water shortages at Zambia’s hydropower plants, Zesco, the country’s sole power utility, said it has been forced to cut back on electricity supply to households and industries in the country.

In September 2015, Anglo-Swiss mining and commodity trading giant Glencore, which owns a large share of Zambia’s Mopani Copper Mines, told the Zambian government it plans to lay off workers and cited power supply shortages as one of the factors behind the decision to downsize.

Recently, the government announced plans to build a 750 MW hydropower plant to ease the pressure on existing power stations. But that may take up to 10 to 15 years to be fully operational, the ministry of energy said, and changing rainfall patterns could also affects its operations.

Zambia is the world’s No. 8 copper producer and copper production accounts for 11 percent of Zambia’s gross domestic product.

Labor unions are worried about the impending job cuts, while the government has asked mining companies to consult with the ministry of labor before shutting down operations.