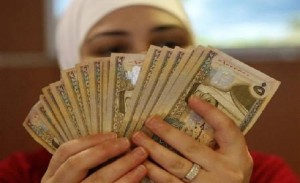 The law that will make the issuing of sovereign sukuk possible in Jordan has been approved by the upper house and it’s now awaiting promulgation. The law has been undergoing the legislative process since 2010. The country is facing public finance crisis and Islamic bonds, which has become very popular, can help the government ease its financial constraints.
State finances are under pressure after Jordan hiked subsidies and wages to limit social discontent in the wake of the Arab Spring uprisings, and because it has to absorb tens of thousands of refugees from Syria’s civil war. It is not clear when the first sovereign sukuk will be issued but it can be as early as 30 days after the promulgation of the bill. A sovereign sukuk would broaden Jordan’s sources of funding, giving it access to a huge pool of Islamic investment funds in the Gulf as it struggles to maintain its budget deficit within the scope of 5% GDP.
Questions still remain over the choice of an asset pool for the sukuk and arrangement for the central bank to manage payments on it. A senior banker assumed that Islamic banks within the country “would buy 400 million dinars ($565 million) of government issuance;” although the government will be aiming at international sukuk markets too.
The country’s finance minister has said earlier on that they were discussing the issuance of a 7 to 10year sovereign, conventional Eurobond worth between $750 million and $1.5 billion to foreign banks. The country could be able to issue sukuks cheaper that it could sell conventional bonds the demand of the investors surpasses supply.